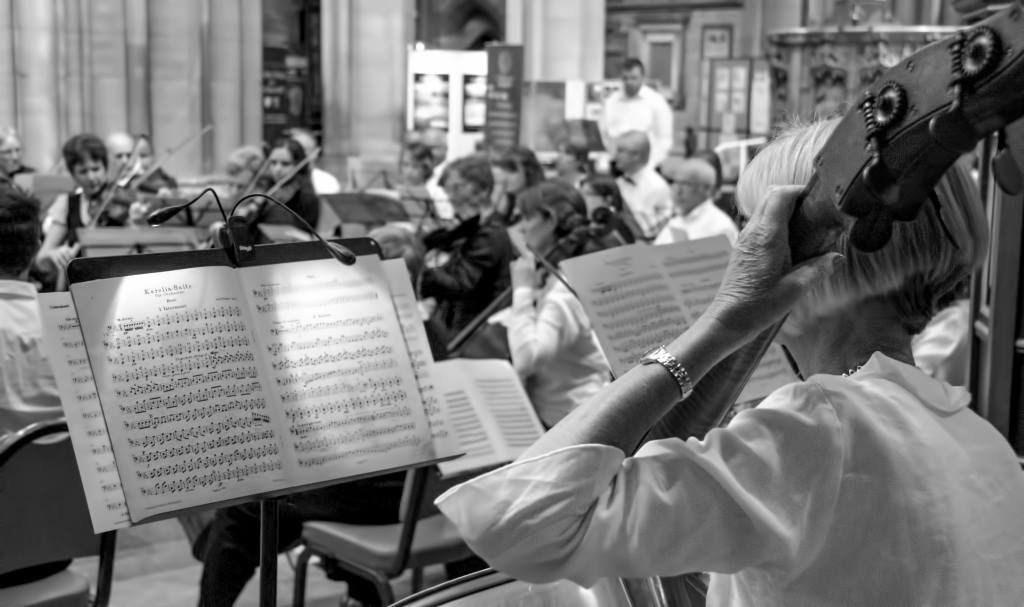 Since December 2015 we have been the Cornwall Concert Orchestra but we started several years ago under a different name.

Back in July 2008, Colin Rendell of the Cornwall County Music Service embarked on a mission to start an orchestra for Cornish people to dust off their long-dropped musical instruments and brush up their long-forgotten musical skills.

Thus was born the Cornwall Returners Orchestra, meeting for the first time at the old Richard Lander School, Truro, at 7.30pm on Monday 22 September 2008. We consisted of Colin as conductor, and a group of ten rusty but keen players, frustrated at how much we had forgotten, yet inspired to pick it all up again. We were joined by some experts as well, and they helped us with all the forgotten notes, keys, scales, timing, etc. etc. 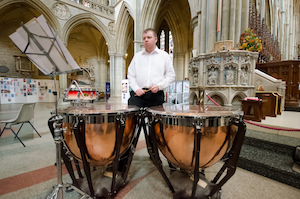 Here we must give a special mention to one of those experts and a very special mentor, oboist Gemma Harries, who remained with us until April 2009. Gemma had played with Welsh National Opera, and she regularly led us through sectional workshops during rehearsals. Her unending patience and her uplifting passion for high standards of music making were a tremendous inspiration.

We hovered between eight and ten players for the first few weeks as various people tried out and dropped out, and then following a very positive article and a call to arms in the local press, we quickly reached twenty.

We soon decided we would add a hint of spice by committing to reach a standard worthy of performances, and from then on our rehearsals began to have purpose and direction.

By January 2009 we realised that the now thirty or so of us had actually improved quite a bit, and the returners had well and truly “returned”. We therefore committed to give our début performance at St Agnes Methodist Church on Mothering Sunday, 22 March 2009. We were six months old to the day, and it was a huge success! The photograph on the right was taken just before the performance.

We really have come a very long way since those early days. We’ve lost a few good friends but gained many more, including our new conductor Chris Morgan.  The link with the past is as yet unbroken – one of our players from “Day One” still plays with us – clarinettist Mark Bramwell.

Although Colin left us in July 2013, we are, and forever will be, indebted to him as the wonderful person whose dream started it all.

Over the last 5 years the orchestra has gone from strength to strength with the works we perform, and the way we perform them, becoming more ambitious from year to year. While we can still sometimes help a ‘returning’ player get back up to speed, our players are generally experienced orchestral players including music professionals playing their second or third instruments.

Information about upcoming concerts and openings within the orchestra delivered to your inbox.