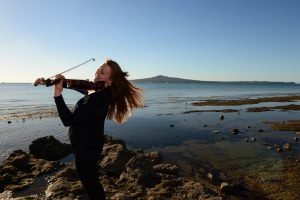 Our winter concert this year will be in St Mary’s, Penzance on 19th January 2019.

​Alexandra was born in 1991. A graduate of the Royal College of Music and Guildhall School of Music and Drama, she is based in London, United Kingdom where she has established herself as one of the most talented and versatile musicians her age, winning prizes in various competitions, being broadcast on BBC Radio 3 on numerous occasions and performing extensively as a soloist, chamber and orchestral musician both in the UK and abroad.

The supporting programme will include a performance of Sibelius’ 2nd Symphony and Verdi’s Force of Destiny Overture.